Android smartphones have made life much easier in so many ways. They help us navigate city centres so that we can find restaurants or shops. They put a whole world of eCommerce at our fingertips, allow us to access work emails or social media whenever we want to, and open up a host of streaming content to keep us entertained.

All of that is great, but there’s a huge problem with using Android devices, and it relates to security.

Android phones have numerous security weaknesses, especially relating to public wifi networks. So any users should think about taking extra steps to secure their data.

Let’s look in more detail about the most important Android vulnerabilities, and how finding the best VPN for Android devices can be a simple security fix.

1.Google Play is not always a safe place to download apps Our first reason relates to the apps that make smartphones so useful. Without apps, Android devices wouldn’t have much purpose beyond making calls. But they come with certain hidden risks, and can sometimes open up the space for malware and other digital nasties to infect your phone.

Google Play is generally pretty reliable, as the search giant tends to screen apps before they are made available. But even this download source isn’t infallible.

For instance, in 2018 researchers discovered that an app called “Advanced Battery Saver” was doing a lot more than boosting battery efficiency. Instead, it was found to be hijacking Android devices, then sending personal data to criminals.

This is an extreme case, but it’s not uncommon for Google Play apps to ask for far-reaching permissions which stretch way beyond the core function of the app itself. And malware is always a click or two away.

That’s why it makes so much sense to use encryption via VPNs and your phone’s firmware. With your data encrypted, if it is sent to criminals, it will be much harder for them to exploit. Secondly, Android phones are notoriously vulnerable when used on unsecured public wifi networks. Many of the networks you connect to at coffee shops, restaurants, shops, airports, stations, and as you wander around town will be “unsecured”.

This can be handy, as anyone can access them, so no payment is required. However, it’s an inherently dangerous way to surf the internet and can lead to information disasters.

In some cases, criminals can detect unsecured networks and use publicly available tools to hijack the network’s router. When you connect to the network, everything you send passes through the router, and criminals can simply collect what they need automatically.

In other cases, criminals set up fake hotspots of their own, and lure Android users to log on. And sometimes, they can directly target Android devices, using a technique known as packet sniffing to gather unencrypted data.

All of these techniques can cause you to lose confidential data. And all of them can be counteracted via VPNs. When the data you send is properly encrypted, it won’t be susceptible to fake routers or sniffing. So if you intend to work remotely at a local bar, always make sure a reliable VPN is part of your Android setup. 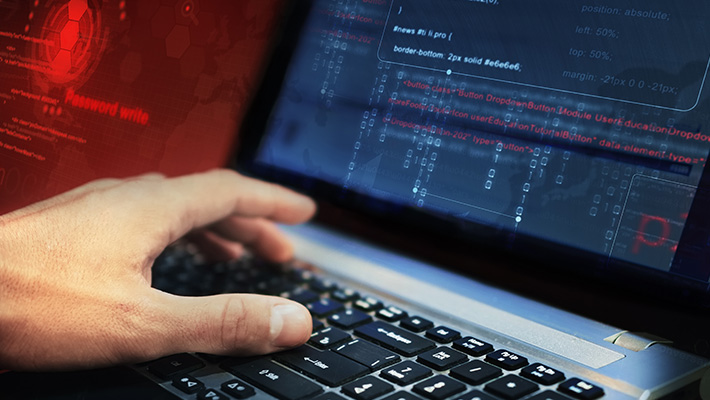 The data on your Android device doesn’t have to be harvested online via cyber attacks. In fact, old school theft is one of the most common ways that credit card details or social media logins fall into the wrong hands.

It’s all-too-easy to become a victim of smartphone theft. No matter how meticulous we think we are, thieves can find their way into our half-opened bags, our suit pockets, or even our homes, and make off with our devices.

And much of the time, that’s pretty catastrophic, because Android users fail to secure their phones properly. If the information on your phone is unencrypted, it’s totally exposed to thieves, which can include automated payment systems and stored login details.

So it definitely makes sense to encrypt your Android phone, using rock-solid authentication processes to keep out intruders. It might use more resources, but encryption is the only sure fire way to minimise the damage from phone theft.

Choose the right VPN to ensure your data stays secure

As we’ve seen, there are quite a few factors which compromise Android data security. The information on your phone is constantly at risk, both from physical threats and cyber-criminals. And Android users should take action to mitigate those risks.

This is where VPNs come in. VPNs encrypt your data and anonymise your identity. This makes it harder to pin down your location and device when mounting cyber attacks and locks down any data that does get transferred.

When coupled with Android encryption, VPNs are a very effective security tool. So browse our reviews of the best providers, and make sure that your data is totally secure.

You may have missed

What Are the Signs That I’m Having a Heart Attack?

When Did You Last Have Your Teeth Cleaned Professionally?